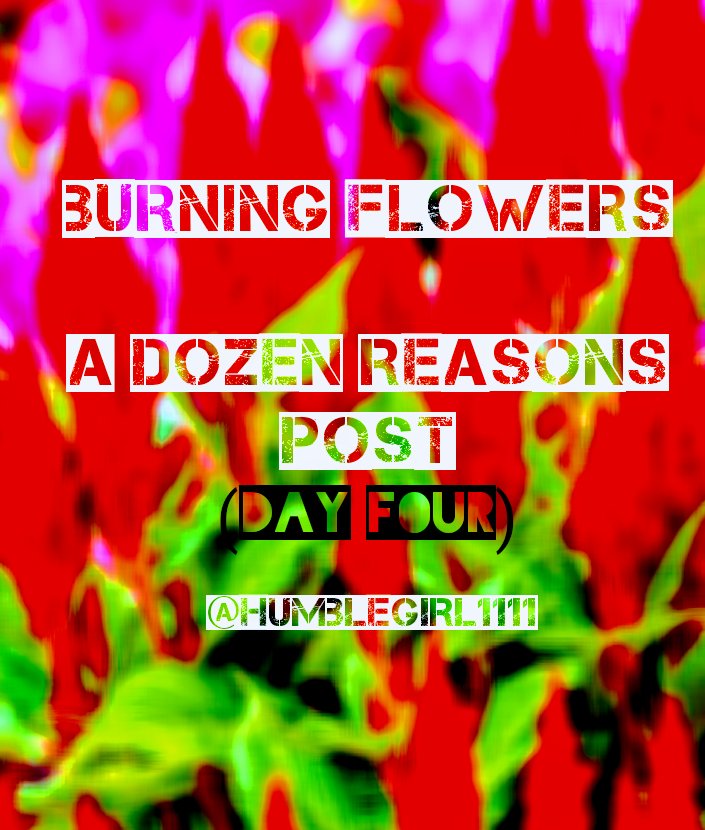 This story is one of my most specific, and amazing (to me) faith experiences. I hope you enjoy.

A little over a year ago, my husband and I decided to buy our first home together. It was an exciting time for us, but also very stressful. We took a huge gamble on a cozy and cute, little foreclosed home that we were going to fix up with our own personal touches.

We prayed about it, and after looking at many houses, we kept coming back to the very same house, the foreclosure. We decided to make an offer, an extremely low offer, and agreed that if the offer was accepted that this was it. It was accepted, much to our excitement.

We rushed, we scrambled, we hustled, and within thirty days of our offer, we had managed to break a lease, pack everything, transfer utilities and such, and we were officially moved in to our quaint little home in the middle of a village. We were happy, excited, but definitely tense. Anybody who has ever moved knows how stressful it can be. Combine that stress with taking a gamble on a foreclosure, bipolar disorder, and a major hiccup with the sewer line that we didn’t see coming, you can only imagine the mounting tension in our household.

My husband and I hardly fight. I feel blessed saying that, and meaning that, but it doesn’t mean that we never fight. I can honestly count on one hand the number of times we have had a serious argument. This was one of those times, and we made up for our lack of disagreements with one heck of a fight. It was a doozy.

So, we argued, we spoke words to each other that we regret speaking, we were both stubborn, too proud to give in, and we were both hurting.

My husband left. I don’t mean he ran to the convenience store kind of leaving, but just walked out of the door with an air of finality, and I thought that maybe, that this was it for us. He didn’t tell me where he was going, or if he’d be back. My heart was broken into a thousand little pieces. It literally felt shattered.

This was in the early afternoon. By ten p.m. I hadn’t heard a word from him. My anxiety and my sadness were at an all time high, it was as if both emotions were running a race to see which would win, which would make me give up on my marriage.

I decided to call him. The phone rang. Once. Twice. Three times, and I realized I could hear it, not just through the speaker, but in the other room. My husband had left his phone, and somehow I knew it was on purpose. That thought hurt, and caused the water works.

I cried. And cried. I felt defeated, sad, angry, frustrated, scared and lonely, all at the same time. I just cried a very ugly cry, and let it all come out. After, I felt release, but still an unbearable sadness.

Instead of sitting on my couch, just waiting, and hoping to see his headlights pull in the drive, I decided to take a walk in our new neighborhood, to take my mind off everything else. There was a little park nearby, and though I am a grown woman, I still like to swing.

There’s something about the repetitive motion of kicking my legs back and forth, the rocking sensation, the gentle breeze on my face as I swing, that helps to soothe anxious thoughts, quiets the mind, and allows me to think. So I thought. A lot.

I realized how much I truly loved my husband. I loved him enough to admit when I’m wrong, or to give in even when I am right. My love for him was worth more than stubborn pride, and this was an absolute first for me. I’ve always, always, always stood my ground in an argument, for as long as I could remember. I always had to win, even when winning made me lose. I didn’t want that anymore. I didn’t want my marriage to be a contest of wills, a battle for dominance, or a display of right vs. wrong. I wanted my marriage to always be us. Us verses the world, us verses all our problems, us together, us united, stronger because we were fighting in unison.

I hopped off the swing with a little jump, landing with a determination to make our wrongs, right. The only problem? I still didn’t have a clue where my husband was, how mad he still was, if he would even listen to everything I wanted to tell him. Again, the sadness crept in.

I walked. I walked under the glow of street lights on a warm and beautiful September night, and I prayed. I spoke my words aloud, and I’m sure had anybody heard me, they would of thought their new neighbor was a little kooky. I prayed aloud, and I asked for God’s perfect will to be done, regarding my marriage.

I did ask for something. A burning bush.

Do you think I am crazy now? I bet you may have your suspicions. Let me elaborate.

You see, with everything that had been going on, infertility, a home purchase, repairs, a move, me transitioning to a new job, I had been feeling my faith being tested. My trust that everything would work out for good was wavering, especially under the current circumstances. So as I walked, I spoke to God about a burning bush.

“You tell me to have faith Lord. To trust you though I have never seen you. To believe you. But honestly, it’s so hard sometimes!” I spoke my words into the night that surrounded me, with a desperation that was consuming.

I proceeded to tell God my doubts, and tell him of my envy. What was I envious of? Well, the past is what I was envying. How many people in the Bible had miracles right in front of their faces, yet still they had doubts? How could that even be? I was sure that had I ever witnessed a miracle like the sort in Bible history, my faith would never be tested again! Now, I feel guilty for that prideful thought, but I’m sure you can relate to the jealousy of not being able to witness those beautiful miracles.

I spoke aloud of Moses in particular. How he was face to face with a bush that was in flames, yet was not consumed by the fire. He even heard the voice of God! And still the confidence of Moses wavered. How?

I told God that I was afraid. That my confidence was wavering, that my trust was shaky. I told Him it all, and then some. Then I told Him that I would like to see a burning bush, that if I did, I would have no doubts.

I didn’t ask God to set a bush on fire, it wasn’t like that. It was more of a wistful longing for the miracles of long ago, the beautiful stories in the Bible of God’s magic and miracles. I longed achingly for a miracle like that.

Soon, I was home. My husband still was not. I felt better after talking to God (I always do) and I was grateful that I have a God I can pour out my heart, my doubts, my fear, and my hopes to. I felt loved by Him.

I fell asleep on the couch, a little past midnight, waiting and hoping that my husband would come home. About an hour later, my dogs began to bark, and I saw his car in the driveway. I was elated and nervous at the same time. He was home! Was he still mad? I didn’t care. I was too happy he was there. I ran like a teenager out to his car, and he rolled down his window.

His face was so sad. I could see my own emotions all over his face, as if I was looking into a mirror. I smiled. He looked sheepish, as if he had expected me to go on a tirade, or to still be angry.

“I love you,” I said. He smiled and said the same.

Then, from the passenger seat, he produced a huge mass of flowers.

“I picked these for you. They’re beautiful, but not as beautiful as you,” he said shyly.

I glanced at them, and yes, they were beautiful. Exotic looking. I was touched. My husband is not the giving flowers kind of guy. But honestly, in that moment, I didn’t care about the flowers. I only cared about him.

“Come inside baby, ” I coaxed, and took the flowers with one hand, and his hand with the other. I was so happy. Our fight seemed so distant now, so dumb. What really mattered was us, together. No matter what.

I put my flowers in water. We talked and snuggled the night away, until we drifted off to sleep. I slept better than I had in weeks.

I woke up, smiling. Thanking God. The sun was peeking through my maroon colored curtains, which were rustling in the breeze, and there was a dazzling light pattern dancing on my ceiling. It looked like fire. Fire!

I sat up, straight, quickly, with a jump. My husband, awakened, concerned, asked me if I was okay.

“Oh my,” I said, and I jumped out of bed. I sprinted down the hall to the living room. To my flowers.

I looked at them. Really looked at them. They were beautiful. Red. Huge cone like flowers amidst green bushy leaves, and they were glorious. I had no clue what they were, but they sure looked like they were on fire. Like a bush that was burning, right there, in a giant vase on my coffee table.

My husband had caught up with me. “What are these called?” I asked. He told me he didn’t know, shrugged and gave me the look that he gives me when he thinks I’m being a goofball, (which is a lot) a look that’s a cross between fondness and exasperation.

I went on a Google frenzy. I typed in, Red burning flowers. I searched through several images, until I found them.

My husband had picked me a mass of flowers called Celosias. There are quite a few varieties, but this particular one had huge red flowers that resembled flames.

My heart was beating quickly. Next, I googled what Celosia meant. Are you ready for this?

Celosia is a Latin word derived from the Greek word keleos, which means burning, or to burn.

I told my husband that these bushy flowers were from God, and I explained to him my prayer about the burning bush. I was so excited, so happy, so amazed.

“This stuff always happens to you,” he said, with a smile.

And I do. I am always looking for God. I don’t believe in coincidences. I believe in miracles. My faith is strong. How could it not be? I saw my own burning bush. I’m still smiling about it today.

“This is amazing,” Moses said to himself. “Why isn’t that bush burning up? I must go see it.”
Exodus 3:3

He replied, “What is impossible for people is possible with God.”
Luke 18:27

He does great things too marvelous to understand. He performs countless miracles.
Job 5:9

Come and see what our God has done, what awesome miracles he performs for people!
Psalms 66:5 NLT

3 thoughts on “The Burning Flowers”

Buy me a coffee